Charles Fletcher MacMillan, 83, of Westlake, OH passed away comfortably on November 9, 2022, surrounded by family. Chuck was born on November 8, 1939, to Charles and Helen MacMillan in Cleveland, OH. He joined big sister, Helen in the family home in Lakewood. Chuck would reside in Lakewood for over 70 years. After graduating from St. Edward High School in 1957 he went on to earn a Bachelor of Science degree from The University of Notre Dame. He met his energetic, kind, and devoted wife Rosemary (Cannon) at the outdoor ice rink Winterhurst. They married on November 23, 1961, and went on to have five children, Charlie, Bridget, Julie, Annie and Digger. They created a warm, loving and inviting home filled with lots of laughter, support and spirituality. Chuck was a dedicated educator and spent close to 40 years in high school classrooms at St. Ed’s, Padua and John Marshall teaching math and science.

Affectionately known as “Mr. Mac” he became a favorite of many students. His skill went beyond simply transferring knowledge, he had a gentle and respectful way of connecting with students– building their self-esteem, igniting curiosity and inspiring a desire to learn. His gift went beyond the classroom – as he tutored many nieces, nephews, grandchildren and family friends. You were a better student after spending time with him. He was a man of great faith and a contemplative Christian. A lay minister for decades at St. Mark Church. A regular attendee of daily morning mass at St. Mark and St. Ladislas. A curator of prayer cards from every wake he attended. With a prayer book and rosary readily available in times of need. He was reflective, compassionate and accepting – an authentic disciple of Christ. He liked to spend his free time reading, researching family genealogy, doing crossword puzzles, playing sudoku and free cell, shopping at Marc’s, attempting to play golf, collecting die cast cars, attending daily mass, bread making, curating the world’s largest selection of pens, taking up harmonica, betting on horse races, dining with friends from St. Mark’s, St. Ed’s and the Wednesday Mahle’s crew, sending a ridiculous amount of emails, eating Twizzlers and chocolate, watching and re-watching St. Ed’s sporting events and drinking a few cold beers. A lot of these activities took place in the basement of 2202 Mars where he was whimsically dubbed “the man under the kitchen”. 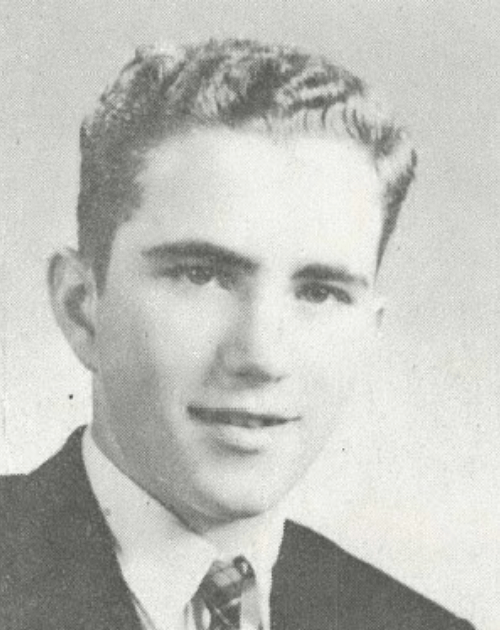 Make a Gift in Honor of Charles Fletcher MacMillan