We were just informed of the passing of David Kopachik, Class of 1964, brother of Will, Class of 1970. Please keep the Kopachik family in your prayers.

David W. Kopachik, Class of 1964, passed away on March 10, 2022 in Cottage Grove, Oregon from liver disease. David was born on March 6, 1946 in Lakewood, Ohio to the late Elvira and William Kopachik. Before St. Edward he attended grade school at Our Lady of Angels. After graduation from St. Edward he continued his education at Kent State and Bowling Green State University; he, however, contracted an illness which affected his liver and was unable to finish college. He was then drafted into the Army in 1969. He honorably, stoically, and courageously served in Vietnam in 1970-1971 as a military police officer. In 1970 he married Carolyn Majewski. After his service the couple and son Erik moved to Lutz, FL, where he was hired by the Tampa Fire Department. He rose through the ranks to retire in 1996 as the well-respected Captain “K”. A second son, Kyle, was born in 1976. His first marriage ended in 1982. After retirement David moved to Oregon. In 2000, he married Christine Lundy. The couple bought a historical farmhouse and ran a bed and breakfast, The White House, for many years. David also started a house painting business. They loved traveling abroad and throughout the USA; he visited the Midwest and Cleveland many times. He enjoyed baseball, fishing, hunting, camping, gardening, golf, fast cars, and was a model train enthusiast. He was an avid reader, especially of history, and said that he would have liked to have been a high school history teacher, because he fondly remembered his days at St. Edward. He even kept his history classwork all his years. In his retirement he volunteered with Habitat for Humanity, community soup kitchens, Cascade Corvette Club, Northwest Steelheaders, and the VFW. He was a devout Catholic throughout his life. David is survived by his wife, Christine; sons Erik and Kyle; stepson, Tim Sullivan; stepdaughters, Kelly Duncan and Rachel Sullivan; brother, Will Kopachik (Class of 1970); sisters, Dawn Mason and Sheila Vasek. He took great joy in all aspects (birthdays, sports, plays, music, art, education) of the seven beloved grandchildren he leaves behind. He will be deeply missed by his family and many friends. A memorial funeral Mass was held April 23rd at St. Jude Catholic Church, 4330 Willamette St., Eugene, Oregon. 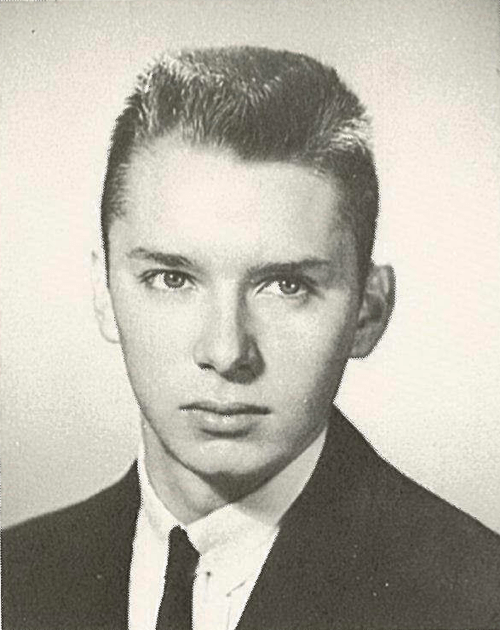 Make a Gift in Honor of David W. Kopachik