Below is the death notice of William Reidy Class of 1958. Please keep the Reidy family in your prayers.

Bill’s life was defined by his commitment and service to the people of Greater Cleveland. He was born on December 11, 1940 and grew up in Rocky River. He attended St. Edward High School, where he served as a proud alum and philanthropic leader for decades. He obtained a bachelor’s degree from the University of Detroit, became a Certified Public Accountant, and began his long and storied career at Coopers & Lybrand (later PricewaterhouseCoopers) in 1963. He met and married Katie in 1966, and they settled and raised their five children in Rocky River. He became a partner in 1976, and later Managing Partner of the Cleveland practice.

At age 39, Bill left the private sector to work in Mayor George Voinovich’s administration in 1980 as the city’s finance director and charged with the responsibility of restoring the Cleveland’s financial integrity and credibility after its default in 1978. Bill initiated an ambitious program to systematically remedy the city’s problems including accounting systems and procedures, financial reporting practices, and audit requirements. Bill and his colleagues were able to revive the city’s financial condition and reputation over a two-year period and Cleveland saw its investment grade bond rating restored.

Bill returned to private practice for the remainder of his career and excelled as a sought-out expert in governmental finance. He was regarded as a respected leader who bridged the worlds of business and community-based organizations, and known for his quiet yet fierce determination, common-sense approach, humble demeanor, and integrity. Among his many endeavors, he served and/or chaired boards for Lutheran Medical Center, Fairview Hospital, and the Cleveland Clinic; the Gateway Development Corporation for revitalizing downtown’s sporting arenas; the Diocese of Cleveland; the Cleveland Municipal School District’s audit committee, and the Community West Foundation, which seeks to advance the health and well-being of our Cleveland community.

His determination and work ethic extended to all parts of his life, including his passion for long-distance running and golfing. As the city’s finance director, Bill would run 13 miles from home to work once a week. He rarely missed a day of running and completed almost 50 marathons, including the Boston Marathon eight times. Bill helped establish the Cleveland West Road Runners Club in the mid-1970s, which is considered the oldest and most well-regarded local running club in the area today. He was a scratch golfer who won numerous tournaments over many decades and cherished his time with good friends on the golf course. Despite his success, he was tenacious about self-improvement and could often be found practicing at the driving range or on the putting green for hours on end.

Bill was a devoted Catholic and parishioner at St. Christopher’s and St. Bernadette’s Churches in Rocky River and Westlake, respectively. His faith was important in shaping his values of community service and loyalty to his extensive network of family and friends. He expressed enormous love and gratitude to Katie as his partner in raising their family and enabling his meaningful career and volunteer work.

Calling hours will occur on Tuesday, October 11, from 4-8 pm at Corrigan Craciun Funeral Home at 23040 Center Ridge Road, Westlake. Funeral service will be held on Wednesday, October 12, at 11 am at St. Christopher’s Church in Rocky River. In lieu of flowers, please consider a donation to St. Edward High School at https://www.sehs.net/sehsgiving

Fond memories and expressions of sympathy may be shared at www.corrigancraciunfuneralhome.com for the Reidy family. 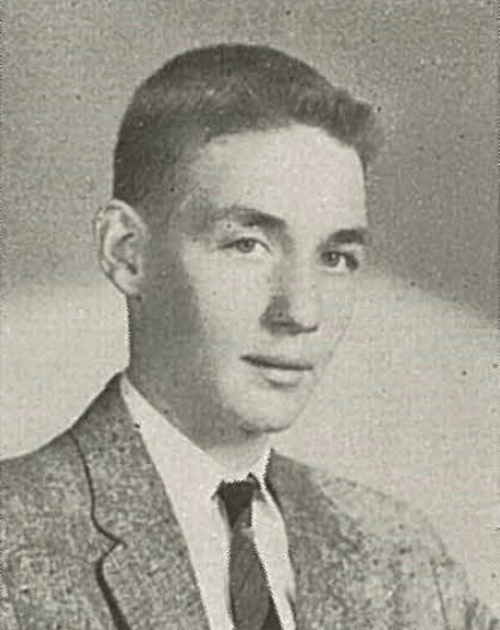 Make a Gift in Honor of William J. Reidy, Jr.